One day after JAY-Z created an Instagram account to promote the new Netflix film The Harder They Fall, the rapper quit the platform.

The hip-hop icon, who was recently inducted into the Rock and Roll Hall of Fame, joined Instagram Tuesday, and he followed only one person: his wife, Beyoncé, theGrio previously reported.

Mrs. Knowles-Carter returned the favor, making her husband the lone individual she follows on the popular photo-sharing social media site.

The 51-year-old rapper deleted his Instagram account one day after joining the popular social media platform. In his first post, Hov shared a movie poster for the Western starring Idris Elba and Regina King. JAY-Z co-produced the project and contributed several songs for the soundtrack.

On his Instagram story, he posted a countdown for the movie’s Wednesday release on Netflix.

Netflix described The Harder They Fall as a “new school Western,” and it serves as the directorial debut of Jeymes Samuel, theGrio previously reported. Co-written by Samuel and Boaz Yakin, the film appears to mix some Hollywood mainstays like Idris Elba and Regina King, with some of the biggest stars in “Young Hollywood,” names like Jonathan Majors and LaKeith Stanfield. 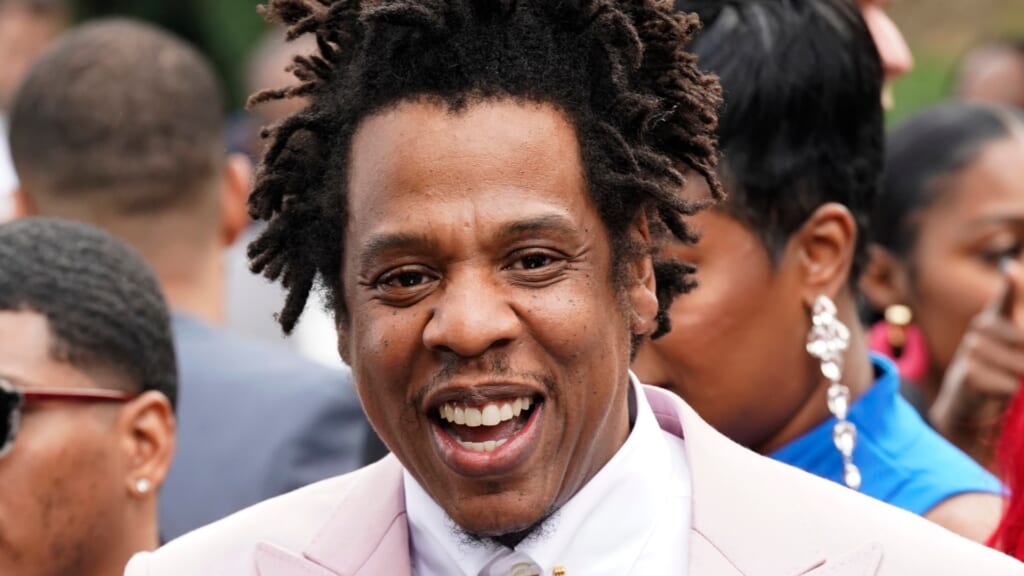 JAY-Z’s IG account gained over 1.6 million followers before the rapper shut it down.

“[For years], one of the only things on public television was Westerns, every week, and we weren’t represented in those at all,” JAY-Z told ET. “In fact, our characters were taken from us. The Lone Ranger was based on one of the characters from this film.”

Hova was among the legendary artists inducted into the Rock and Roll Hall of Fame Saturday in Cleveland, Ohio. In his speech, he thanked two of his former business partners, Damon Dash and Kareem “Biggs” Burke.

“We created this company called Roc-a-Fella Records. Shoutout to Dame, I know we don’t see eye to eye, but I could never erase your accomplishments and I appreciate you,” he said.

Dash responded, telling Page Six that the shout-out was “beautiful,” and added: “I’m glad he said it for the culture. We need to squash everything. So hopefully if that was an extended [olive branch], I’ll spin one back.”

“I have no beef with [him] if [he has] no beef with me,” Dash continued. “Let’s get the lawyers out of it then. Let’s talk like men, but I definitely appreciate it.”