Lawyers confirmed in court Wednesday that despite “possible settlement discussions” in September, no Lanez plea agreement was forthcoming.

Rapper Tory Lanez will not be offered a plea deal in his felony assault case in which he is charged with shooting fellow rhymer Megan Thee Stallion last summer.

According to NME, Lanez’s attorney Shawn Holley appeared in court Wednesday, where a preliminary hearing was set for Dec. 14. 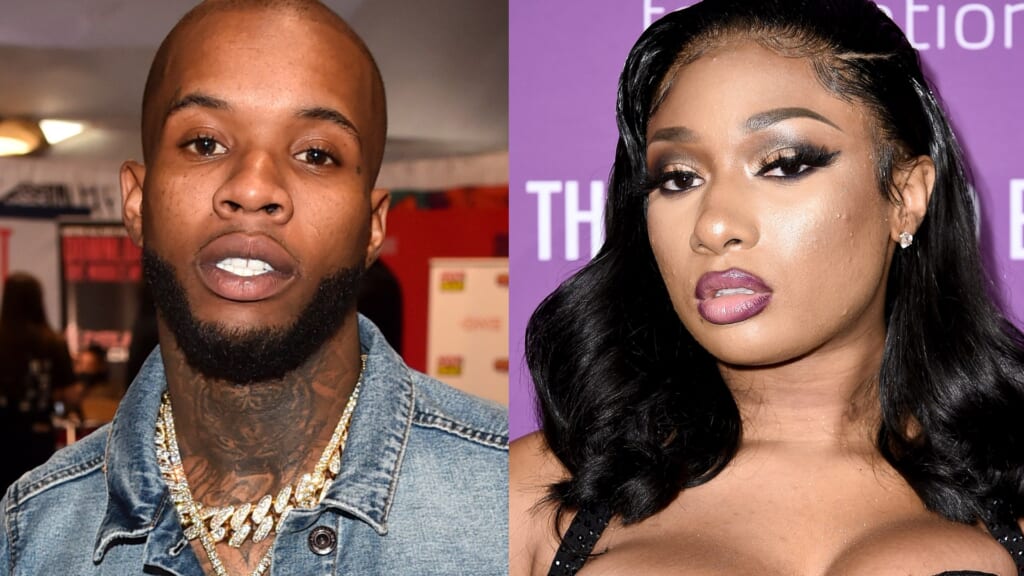 Tory Lanez (left) will not be offered a plea deal in his felony assault case in which he is charged with shooting fellow rhymer Megan Thee Stallion (right) last summer. (Photos: Getty Images)

Holley previously told Rolling Stone that “meaningful discussions” to strike a deal with prosecutors did not change her client’s not guilty plea.

“As in every case, the lawyers for the parties discuss the possibility of resolving the case,” she said. “This case is no different. That said, our position as to what did and did not happen in this matter remains unchanged, and Mr. Peterson’s plea of not guilty stands.”

At yesterday’s court appearance, Holley and prosecutor Kath Ta confirmed that despite “possible settlement discussions” in September, no plea agreement was forthcoming.

Next month’s hearing could feature up to 90 minutes of testimony in the case, in which Lanez faces two felony charges of assault with a semiautomatic firearm and carrying a loaded, unregistered firearm in a vehicle, plus the charge of “personally inflicted great bodily injury.”

Lanez, a Toronto native whose real name is Daystar Peterson, could face up to 22 years in prison. He has pleaded not guilty to the charges, and has repeatedly denied the accusations on social media.

In an Instagram Live video late last summer, Megan Thee Stallion, whose real name is Megan Pete, tearfully proclaimed Lanez shot her. She was subsequently granted a protective order in the case, requiring him to stay at least 100 yards away from her.

Lanez violated that order in his surprise appearance with DaBaby at the Rolling Loud Festival in Miami in July of this year. Later, a Los Angeles judge ordered him to pay $250,000 bail due to the violation, and he was again ordered to stay away from Pete.

Lanez recently announced that he will release a new album on Dec. 1, reportedly 1980s-themed and titled Alone At Prom.