Note: All listed films’ streaming availability is current as of the time of publication.

In “Impetigore,” a young girl tries to stay alive while villagers try to sacrifice her to lift a curse. 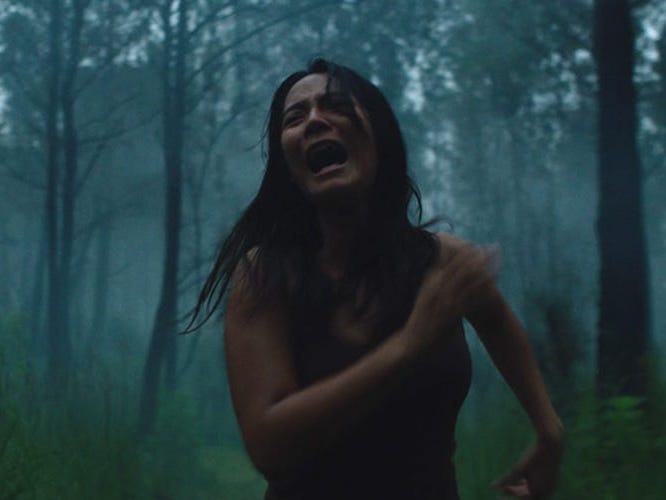 A girl (Tara Basro) runs from villagers trying to sacrifice her in “Impetigore.”

Maya and her friend Dini visit a village in the hopes of inheriting property from a rich family. Instead, she finds out that the villagers are trying to kill her to remove a curse.

“Impetigore” is as much mysterious as it is horrifying. If you are looking for a good thriller that will keep you on your toes, this Indonesian movie is one to watch.

“Impetigore” is available to stream on Shudder.

A documentary team follows a local shaman who stumbles upon evil spirits in “The Medium.”

In this Thai-South Korean movie, a documentary crew traveling with a local medium experiences strange events. The shaman they are with realizes that her niece has been possessed.

“The Medium” had the sixth biggest theatrical total in South Korea this year when it was released. If you are a fan of fake documentary-style horror movies like “The Blair Witch Project,” you’ll also enjoy this movie.

“The Medium” is available to stream on Shudder.

“Train to Busan” is a Korean zombie thriller set on a train.

Seok-woo and his daughter attempt to celebrate the latter’s birthday by taking a trip to Busan. However, they end up trapped on the train with no other places of safety after a zombie outbreak begins in South Korea.

Korean movies in general are very character-focused and develop their characters’ stories well. “Train to Busan,” an instant classic, is no different, keeping most of the story on the train as the characters try to survive the zombie apocalypse and experience engaging growth in the process. The movie also stars Gong Yoo, who appears in Netflix’s “Squid Game,” and “Eternals” star Don Lee.

“Train to Busan” is available to stream on Amazon Prime.

Some called “Veronica” one of the scariest movies ever after its release.

A teenage girl becomes possessed by evil demons after she and her friends decide to summon spirits during a solar eclipse using an Ouija board.

If you love supernatural horror, “Veronica” is a must-watch. When it was first released on Netflix, multiple viewers said on Twitter that the movie was too scary to finish. The story is also supposedly loosely based on true events, NME reported.

“Veronica” is available to stream on Netflix.

In “Raw,” a vegetarian develops a craving for human flesh. 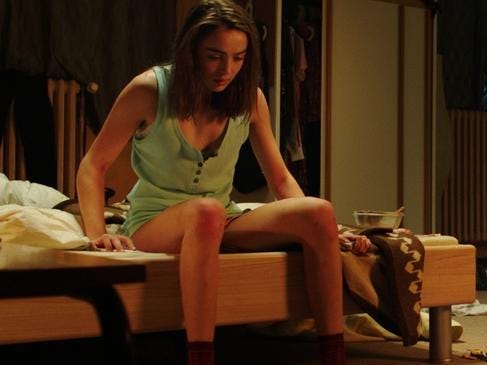 “Raw” is a French coming-of-age horror movie about a young vegetarian vet who gains a craving for human flesh after eating meat for the first time.

“Raw” was written and directed by Julia Ducournau, the director also behind “Titane,” which made a splash when it debuted at Cannes because it features a woman having sex with a car. If you like the weirdness of that story, you may want to pursue Ducournau’s earlier work.

“Raw” is available to stream on Netflix. 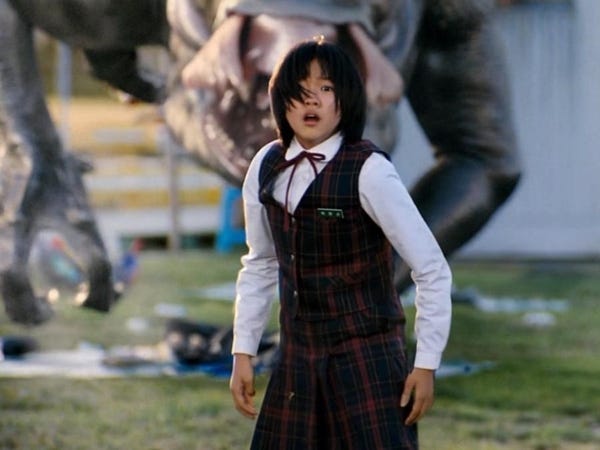 American military personnel dumping chemicals into South Korea’s Han River leads to the creation of a monster that attacks local residents. A family bands together to fight the creature after it abducts their daughter.

If you are a fan of Bong Joon Ho’s Oscar-winning “Parasite” or “Snowpiercer,” you may want to check out this earlier film of his. The movie also stars Kang-ho Song, who was brilliant as the father of the poor family in “Parasite.”

“The Host” is available to stream on Amazon Prime.

“Under the Shadow” is an award-winning horror movie.

“Under the Shadow” is a psychological horror movie.

“Under The Shadow” is a Persian psychological horror set during the Iran-Iraq war. After Shideh’s building is hit by a missile, she becomes convinced that the missile might be cursed carrying supernatural forces. Shideh tries to protect her daughter Dorsa from these forces but to do so she must confront her fears.

“Under The Shadow” has a critic score on Rotten Tomato of 99% and won a BAFTA in 2016 for outstanding debut by a British writer, director, or producer. The director, Babak Anvari, is British-Iranian. The movie was also nominated for a BAFTA for outstanding British film of the year. If you are more into psychological horrors, this film should be on your list.

“Under the Shadow” is available to stream on Netflix.

Villagers try to find the cause of a mysterious sickness in “The Wailing.”

Jung-min Hwang in “The Wailing.”

After the arrival of a mysterious stranger, a sickness starts spreading in a little village. The villagers, including a policeman forced to solve the mystery, become suspicious of the man.

“The Wailing” also has an incredibly high Rotten Tomato critic score of 99%. David Ehrlich’s review of the movie said that the horror in this movie does not come from jump scares but it works “on you like a virus, slowly incapacitating your defenses so it can build up and do some real damage.”

“The Wailing” is available to stream on Amazon Prime.

“Ravenous” is a zombie movie set in Quebec.

A group of people tries to survive a zombie outbreak in Quebec. However, these zombies can run and communicate with each other, making them a greater threat to human survivors.

“Ravenous” is filled with jump scares but also the never-ending terror that you don’t know what the zombies will do next, or where they will pop up next.

“Ravenous” is available to stream on Netflix.

“Tigers Are Not Afraid” is a dark fantasy horror.

“Tigers Are Not Afraid.”

Ten-year-old Estrella wishes for her missing mother to return but instead her mother returns as a ghost and follows her everywhere. She joins a gang of five children trying to survive both the cartels and the ghosts of the area.

“Tigers Are Not Afraid” won the best horror director prize in 2017 at Fantastic Fest, the biggest genre festival in the US for horror, fantasy, and sci-fi. The movie turns stolen childhoods from the war on drugs in Mexico into a dark fairytale.

“Tigers Are Not Afraid” is available to stream on Shudder.

A man fights a crocodile in “The Pool.”

Man vs. crocodile in “The Pool.”

Day is cleaning a nearly 20-foot deep pool being used for filming on a production. He falls asleep on an inflatable raft but upon waking up realizes he cannot climb out of the pool as the water level has sunk. His screams for draw the attention of a hungry (and relentless) crocodile.

If you’re looking for a good survival thriller, “The Pool” is one to watch. The movie keeps you on your toes as Day tries to find an escape from his bizarre predicament.

“The Pool” is available to stream on Shudder.