Jennifer Hudson talk show is reportedly in the works

Hudson shot a test episode on the Burbank-located set of “The Ellen DeGeneres Show,” and the singer could succeed Ellen, who is ending her run.

Academy Award-winning actress and powerhouse singer Jennifer Hudson is reportedly in talks to host her own daytime talk show.

According to Variety, Hudson shot a test episode on the Burbank-located set of The Ellen DeGeneres Show, and hers would be the new daytime flagship talk show for the Warner Bros. production company as Ellen’s longtime show comes to an end. 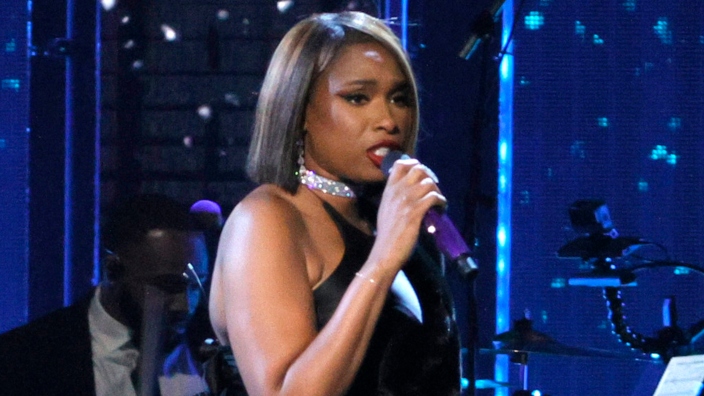 The executive producers of DeGeneres’ show, Andy Lassner and Mary Connelly, would likely be the showrunners of Hudson’s show should it be picked up by a network.

Variety reports that meetings with networks for her first-run syndicated broadcast show are “going well so far.”

Insiders note that outside of a successful television and acting career, Hudson has excelled in the unscripted television space. She has been a coach on both the U.S. and U.K. versions of the NBC competition, The Voice.

Should Hudson’s show be picked up, says Variety, she would be the second American Idol alum to get a daytime talk show. Season One winner Kelly Clarkson has been on NBC with The Kelly Clarkson Show since 2019, and it’s set to run through 2023.

The Ellen DeGeneres Show will end its run in 2022, after nearly 20 years on NBC.

Most recently, Hudson starred in Respect, the biopic about late music great Aretha Franklin, which has been celebrated by critics and may earn Hudson a second Oscar nomination.

As previously reported, the star is one trophy away from the designation of an EGOT winner, the recipient of an Emmy, Grammy, Oscar and Tony Award.

She recently won an Emmy Award as an executive producer of Baba Yaga, a 27-minute animated, interactive fairytale made for the Oculus Quest, which allowed viewers to choose the ending of the story. Hudson was the voice of the enchanted forest in the contemporary take on an Eastern European legend, where an enigmatic witch tries to keep a village from encroaching on her home.

When the film was released last year, Hudson told Variety, “While the story is rooted in classic folklore, we were inspired to bring it into modern light by focusing on environmental themes and strong female characters, themes the world needs to explore now more than ever.”