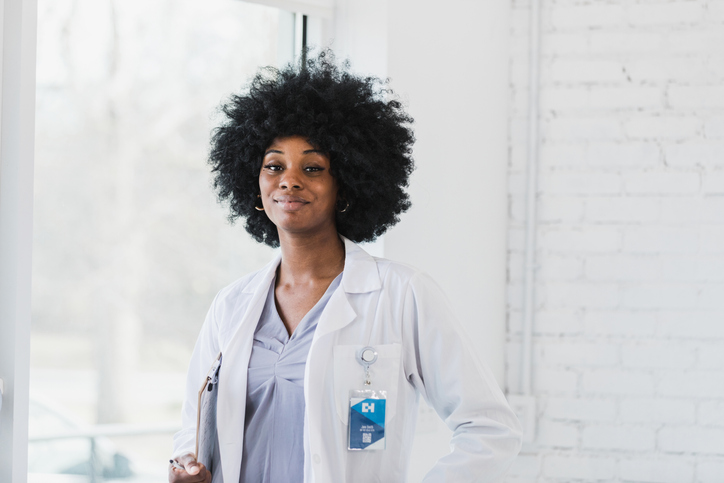 National Minority Health Month is a time to bring attention to health conditions that impact ethnic and minority groups at disproportionately high rates. With many people choosing to be private about their medical history, it’s easy to remain in the dark about some of these disparities. However, there are several life-threatening conditions that impact Black women at higher rates than other groups, and there are many alarming reasons for it. MADAMENOIRE took An Uncomfortable Look At Pervasive Inequality In The Black Community & Public Health and unearthed several root causes of this issue, including a lack of access to resources and pervasive racism in the healthcare system.

It is critical that individuals of any group are aware of the health conditions that impact them the most. Unfortunately, because of the strained relationship between the Black community and healthcare system, even accessing that information can become complicated and seemingly elusive. Here are five life-threatening conditions that impact Black women at higher rates and what you can do to take control of your health. 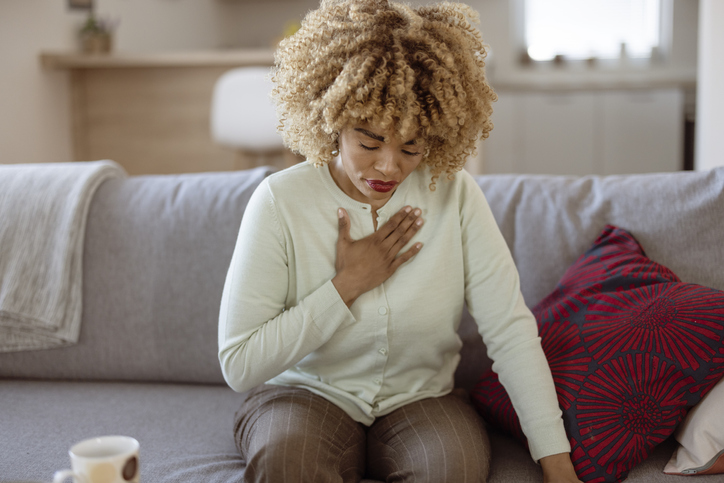 The American Heart Association reports that nearly half of Black women ages 20 and over have some type of heart disease. Heart disease shows up in young Black women at much higher rates than in young white women. The AHA also reports that Black women are less likely than white women to know that heart disease is a top killer of women and that only 58 percent of Black women know that the signs and symptoms of a heart attack are. Speak to your doctor about what you can do to improve your cardiovascular health. To get you started, we interviewed a doctor on how women can protect their heart health. 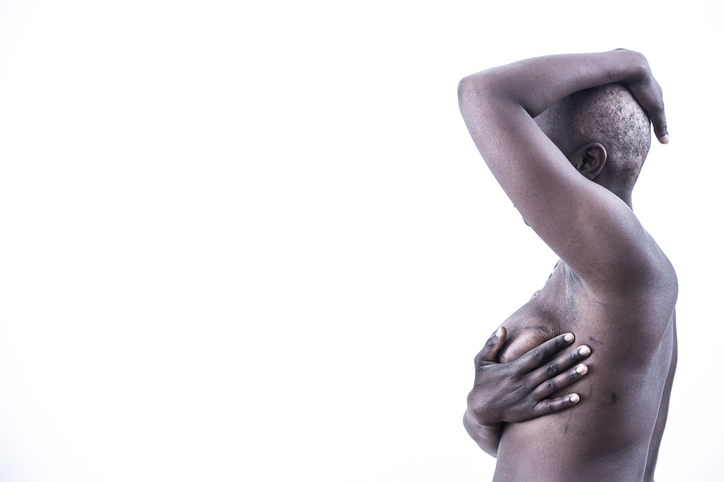 Though new breast cancer rates are higher in white women than in Black women, according to data from the CDC, survival rates are also higher in white women. The mortality rate for white women with breast cancer is 19.2 per 100,000 cases. That rate is 26.8 per 100,000 cases for Black patients. While systemic issues in the healthcare system are partly to blame for this disparity, research out of the journal Therapeutic Advances in Medical Oncology suggests there is also a biological cause for this disparity. The study shows there could be a difference in the way damaged DNA within cells is repaired in Black versus white women. This research indicates that a different line of treatment may be necessary for Black patients. In addition to keeping up with regular breast cancer screenings and knowing your family’s medical history, it’s important to have a doctor who is familiar with the current research on exactly how breast cancer manifests in Black women. 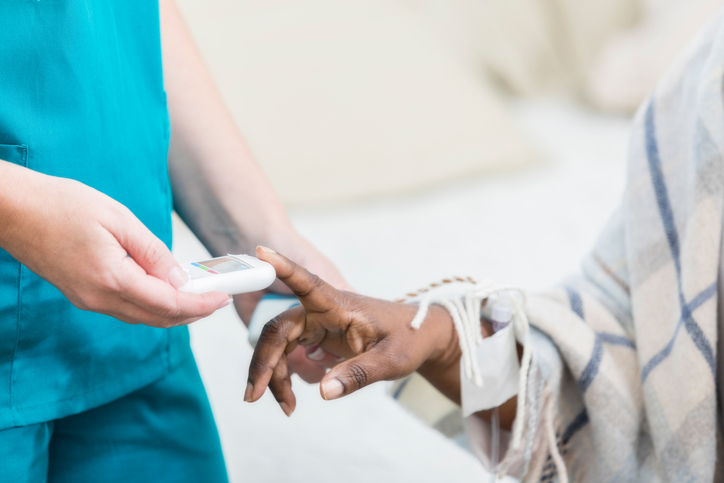 The National Library of Medicine reports that one in four Black women over the age of 55 have type 2 diabetes. The numbers for diabetes-related complications are especially alarming. Black patients are over six percent more likely to suffer diabetes-related vision impairment and out of every 100,000 hospitalizations for uncontrolled diabetes, 114.1 are of Black patients compared to only 36.4 white patients, says the U.S. Department of Health and Human Services Office of Minority Health (OMH). Doing regular screenings for diabetes is especially important for Black women. Another critical preventative factor is monitoring nutrition with a doctor. OMH also reports that obesity significantly increases the risk for type 2 diabetes and also disproportionately affects Black women. 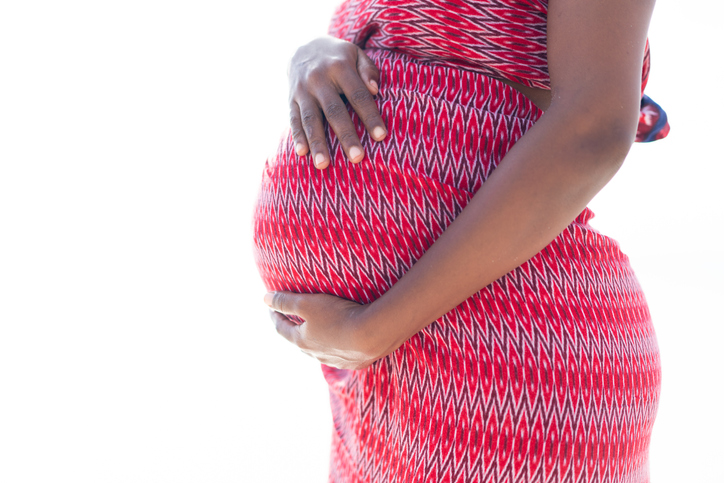 The CDC reports that Black women are three times more likely than white women to die during pregnancy or labor. Maternal mortality among Black women increased from 20.1 per every 100,000 live births to 23.8 during the pandemic. Experts at MedPage Today suggest that this increase was due to the racial disparities that already existed in healthcare before the pandemic, surging during the pandemic. The CDC urges pregnant women to seek medical care right away if you experience difficulty breathing, heavy vaginal bleeding or discharge, extreme fatigue, swelling of the hands or face or an intense headache. Keeping up with regular doctor visits throughout pregnancy and finding a doctor you can trust is also crucial to a healthy pregnancy. 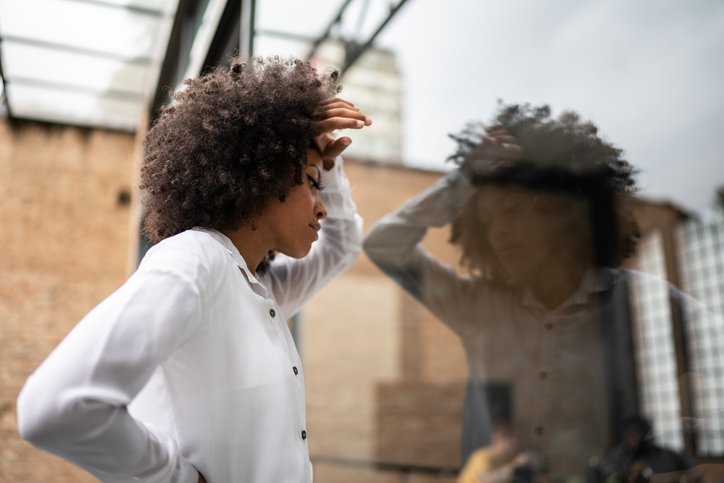 Though stress isn’t always seen as a medical condition, it should be. Stress can trigger or worsen conditions that lead to medical emergencies, such as the narrowing of the arteries or increasing of blood pressure. Stress can even make it more difficult to lose belly fat – which is linked to other life-threatening conditions. The National Library of Medicine reports that Black women experience an acceleration of what they call “biological aging” due to “repeated or prolonged adaption to subjective and objective stressors.” MN developed a list that offers 7 Simple Ways To Battle Stress Every Day.

In an effort to bring awareness to maternal health, MN has partnered with the National Birth Equity Coalition for Black Maternal Health Week. There’s still time to check out NBEC’s list of events and get in on the conversation.